Difference between revisions of "Hooli"

The app should be split into two main views: a user view; and an administrator view. This can be realized through a form of tabs. The former should be the view where all users may search and browse information on the different organisation units; while the latter should be the view displaying relevant proposals to the user (whom could be an administrator, or not—in which case it's empty)

To propose changes for an organisation unit; one solution could be to have a button appear on the organisation profile, which opens up a modal for editing/proposing changes. The modal should have buttons for submitting and/or discarding the proposals, one for each.

For resolving and invalidating proposals; two button at the top-right corner of the proposal view should suffice. 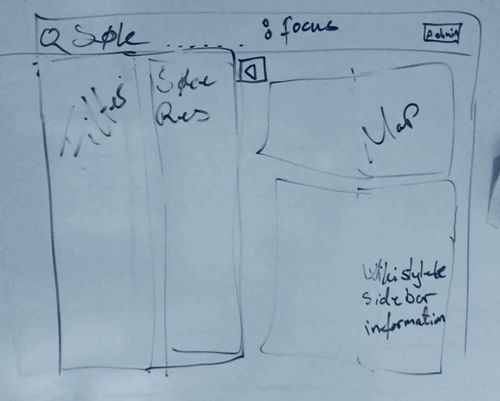 wireframe for the project

All components should be dumb—be fed information from the global state.

Data should only be fetched when needed (i.e. on demand), e.g. when the search query changes, or the user selects an organisation unit or proposal to view.

Proposals and configurations should be stored in the app's dataStore namespace:

We used Trello to organize the features (listed above) into descriptive tasks and sub-tasks. Initially, we assigned primary tasks to each member. During every weekly meeting we discussed the progress for each assigned tasks (e.g. reviewing the code/pull-request, discussing challenges, etc...), and distributed the tasks from the backlog for the upcoming week.

React and Semantic are both licensed under MIT, and so are all of our other dependencies. Therefore, we were free to license our project under any license, and chose MIT to remain open source and not restrict derivative works.