Difference between revisions of "IDLE" 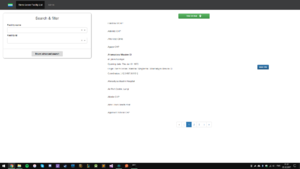 The final product is a React-based DHIS2 app where the main feature is browsing facilities and get information about them. We have focused on making a user friendly interface that is easy to navigate. The user can choose to see the facilities as a list or as markers on a map. It is also possible to search and set filters in order to see the facilities relevant for you. The user can select one specific facility to get more details about it, and can also send in suggestions if there is something he/she wants to see changed. Finally there is also an admin page where users with administrator access can see the user suggestions and change some settings. Below is a summary of the features of the app, and on the right side there are some screenshots of them. 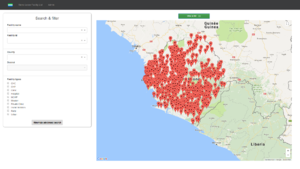 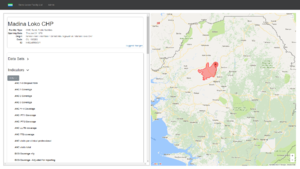 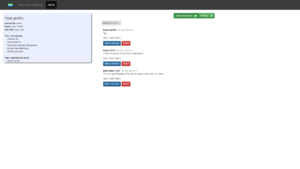 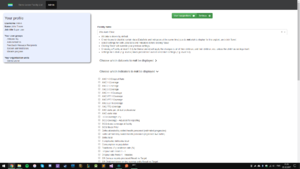 The application is primarily based on the React framework. The different visual elements in the app is created as React Components, with the help of JavaScript, HTML, CSS and JSX. We have collected all the code that has something to do with API communication in one file called findOrgs.js. The other code is mostly divided into separate files, one for each feature or page.

We chose to use React in this project because it usually has an easier learning curve than Angular for those with little experience with front-end development, due to a focus on brevity. However, Angular would most likely work good for this project as well, and is definitively something we would like to learn in the future.

Within React we also use several additional packages defined as dependencies in the package-file of our application, both for visual and functional elements here are some of the packages we have used (among others):

React has an MIT license. The MIT license is a permissive free software license originating at the Massachusetts Institute of Technology.[1] This means that the software is free to use for anyone and for any purpose, and the source code is open. In other words the license itself has no implications on our project. However, the React source code can and will be changed and updated in the future. This may affect our software as React's functionality will change.

We use the Google Maps API for displaying facilities on the map. Google Maps has several utility software projects that is open source, but the API itself is not open source. It is free-to-use for non-commercial use and pay-to-use for commercial use. However, the free version has some limitations and restrictions. The free version is free up to 25,000 map loads per day and costs $0.50 USD per 1,000 additional map loads, up to 100,000 daily, if billing is enabled.[3]

During this project we have had frequent meetings, several times per week, where we discuss issues and challenges and work together on both programming and administrative tasks. We have divided the tasks evenly among us and tried to enable all of us to work on the different areas of making a web-application. These areas are for example front-end, back-end, API communication, administrative tasks and management. We have had a flat group structure, meaning that we all have the same roles and responsibilities.

The times we were not working together in the same room, we had continuous communication mostly on Facebook, but also via Git, Google Drive and e-mail.

Our Git project repository can be found HERE

Our Google Slides presentation can be found HERE