Difference between revisions of "MAM"

In this project we will make a client side application for:

Technologies being used will be:

Import API finished
The API being used to import the data from DHS to DHIS2 must be fully functional.

Last feature implemented
No more features will be added after this milestone.

App finished
The app should be completely finished.

No specific times to work on, only a mandatory meeting each Thursday where we show what we have done since last meeting and also discuss and delegate tasks. If a member finishes a task early, they get a new task assigned.

Dividing tasks within the group

Being inspired by the mock-up we chose to keep some of the functionality, but keeping it all on one page. 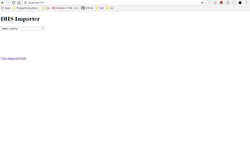 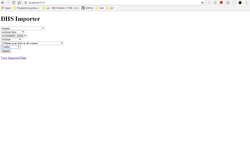