Most of the projects will make use of the DHIS2 Web API. The manual is here: [1]

Browse and update the values in the DHIS2 Data Store. User friendly presentation and navigation, possibly a way to keep an audit trail of changes and display/visualize statistics regarding the data, e.g. broken down by DHIS2 webapp (i.e. broken down by name space, assuming each app has a separate namespace).

The user interface should be nicely navigable 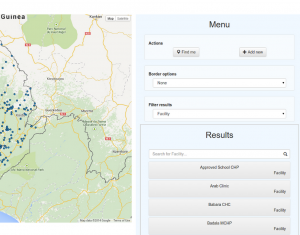 We need a new version which is also clever, so that when there is only 1 option, it is automatically selected, it displays option sets and preferably even allows for tabular data entry (with orgunits or data elements).
Retrieved from "https://wiki.uio.no/mn/ifi/inf5750/index.php?title=Tasks&oldid=4103"