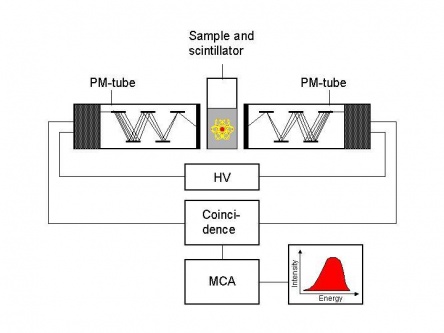 The emission of light in the liquid scintillator is an isotropic process. By applying two PM-tubes instead of only one the noise in the detection process (background counts not due to the decay process) may then be reduced. Only those events that are recorded in both PM-tubes simultaneously (in coincidence within the required time window, often 10-30 ns width) are recorded as “true” counts. A principle sketch of the detection system is given in Fig.1.