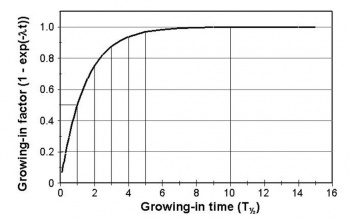 We observe that this part of the series gives possibility for two generator systems, i.e. 238U ⇒ 234Th and 234Th ⇒ 234mPa. The first is not practical in short laboratory exercises because of the relatively long half-life of the daughter (24 d), but the second system is suitable.