Objectives are as following:

The development is made as a team. We use GitHub "issues" functionality to keep track of the different features being implemented and work repartition

You can see the feature list and progress here

We met several times during the project process to discuss features and decide what would be the next steps in implementing the functionalities. 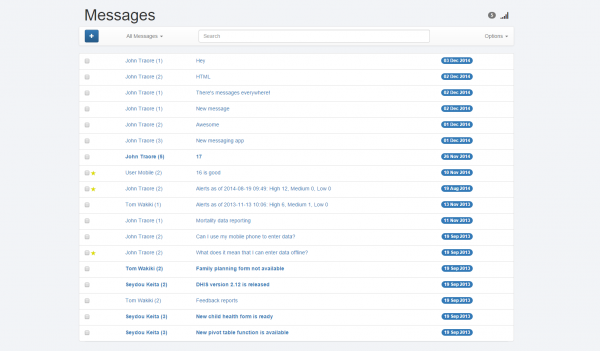 Reply to a conversation

Before the project, none of us had worked with AngularJS. It was a nice way to grasp the use of this framework, as well as team coordination while working simultaneously on the project.

We were first facing issues with the paging in the API response, as the fields returned with or without paging were different. This behaviour revealed to be a bug, fixed on the latest version of DHIS. However, few functionalities still have issues. For instance, it is not possible to toggle the follow-up status of the message with the web-API, at least according to the lack of documentation and our own experiences.